Just a few days ago, Mozilla celebrated the 10th anniversary of Firefox, which, back in 2004 initiated the next level in the “browser wars” by disrupting the Internet Explorer monopoly that Microsoft had established for a number of years.As part of the celebrations, among others, Mozilla introduced the new [Polaris Privacy Initiative](https://blog.mozilla.org/privacy/2014/11/10/introducing-polaris-privacy-initiative-to-accelerate-user-focused-privacy-online/) and with even bigger drum rolls: the [Firefox Developer Edition](https://www.mozilla.org/en-US/firefox/developer/) browser.![Firefox Developer Edition Logo](https://dab1nmslvvntp.cloudfront.net/wp-content/uploads/2014/11/1415847027ffde-1.png)And the Developer Edition does what it has written on the tin: it revolves around the needs of the developer. Nothing more, nothing less.

Camp emphasizes that the Developer Edition is very close to Mozilla’s heart and explains that Mozilla sometimes had to “compromise the developer experience to improve the consumer experience” in Firefox, due to being focused on mainstream users. However, Mozilla promises to change that with Developer Edition.

Mozilla also explains why it is the right time now for a browser tailored for developers:

“Ten years ago, we built Firefox for early adopters and developers to give them more choice and control. Firefox integrated WebAPIs and add-ons to enable people to get the most out of the Web. Now we’re giving developers the whole browser as a hard-hat area, allowing us to bring front and center the features most relevant to them. Having a dedicated developer browser means we can tailor the browsing experience to what developers do every day.”

The new Developer Edition includes all of Mozilla’s developer tools originally only available as add-ons, such as the Firefox Tools Adapter (with a new name “Valence”), which sports additional features for WebIDE. This allows you to connect to Chrome for Android or Safari on iOS and modify web content, simulating the Firefox environment. 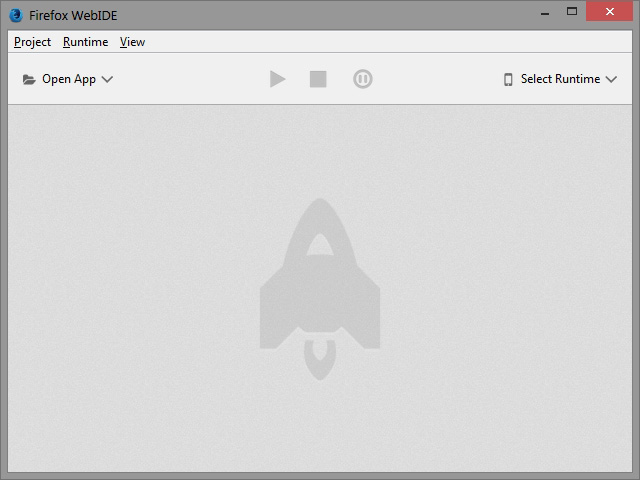 WebIDE on the other hand has been Introduced as a beta feature (on default disabled) in Firefox 33, and is now officially included in the Developer Edition. It allows you to work with Firefox OS apps in simulators, Firefox OS devices, or through Firefox for Android via an integrated editor.

Autocomplete functionality, popovers detailing function arguments, and manifest validation are some of the new neat tricks it has included. You can also pause apps and inspect elements with the built-in debugger.

More noticeably though, is the new dark UI which comes out of the box in Firefox Developer Edition, including squared tabs like in the old days before Firefox 29 Australis. If you can’t get used to the dark theme though, you can change the interface theme via the “Customize” command. It seems to be an interesting approach with lots of details added here and there. 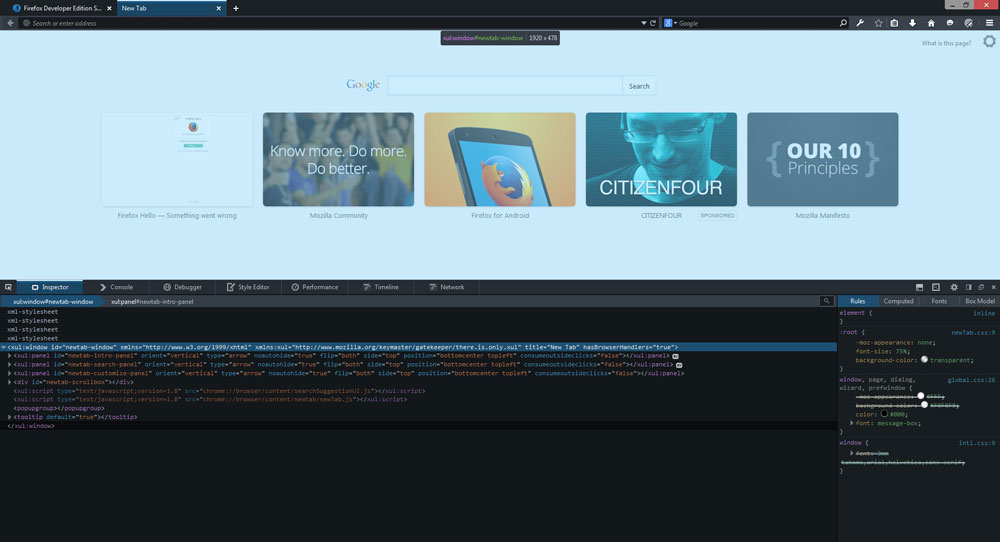 Firefox Developer Edition replaces the Aurora Channel on Firefox Desktop, but Aurora for Android will stay as it is. For those who are not familiar, Firefox Aurora stands between the Nightly and Beta development channels, where development starts with Nightly, being the freshest Firefox code, built every night with the latest features.

Nightly is followed by Aurora, including experimental features and then goes to Beta, before finally being available in the stable release. You can find more detailed documentation on the release management of Firefox on the Mozilla Wiki.

Two of the latest features in Firefox have also been packaged into the Firefox Developer Edition, before they get released in the stable release of Firefox. The first is Firefox Hello, a WebRTC powered tool making it possible to call and video chat with others directly from the browser, without the need for any plugins or add-ons. 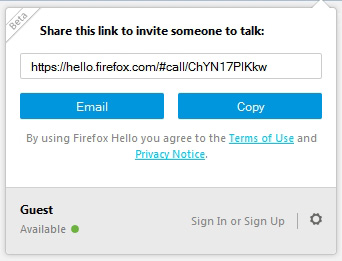 A second nifty tool is the “forget” button. It does what the name says: it allows you to “forget” cookies, history, tabs and windows opened in the last 5 minutes, the last 2 hours, or 24 hours. 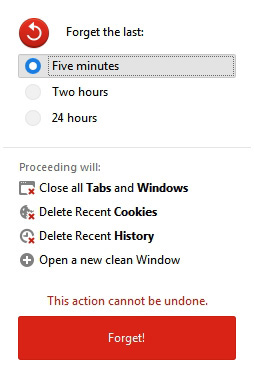 There are many other little tools included in the Developer Edition:

For a list of all changes included in the Firefox Developer Edition, you can check out the details on Mozilla’s release notes.

It’s definitely an interesting approach to see Mozilla taking a step in a “kind of new” direction. Whereas the traditional Firefox browser is mostly appreciated as a browser for the average internet user, it hasn’t been used to its full potential by developers.

With the Developer Edition, Mozilla plans to change that, and this seems to be a good start in this endeavour. We will have to wait and see how this will evolve in the coming versions though, and what impact it will have on developers.

The Learn to Code movement, with the backing of the likes of Obama and Bill Gates, is picking up momentum worldwide and that is actually a very good thing as even basic programming skills can have a major impact. If you can teach yourself how to write code, you will

You’ve probably heard of, or even used a Content Management System (CMS) in your projects, and as Joomla! is almost ten years old, you may have used it once or twice. Over the years, there has been a healthy rivalry between the main CMSes in use on the planet:

Skype for Web brings voice and video calls to your browser

Microsoft is unveiling a beta version of Skype for Web today, a new version of its audio and video calling service designed for browsers. The software giant has been slowly bringing Skype to the web through its Outlook.com service, but today’s beta will work across modern versions of

10 Best Free Cloud Drives For You

10 URLs That Every Google User Should Know

Where can I get a list of ad that I’ve clicked on Google? What does Google know about the places I’ve visited recently? Where should I go if have forgotten the administrator password for Google? What are my interests as determined by Google? Here are 10 important links

Social networking is the order of the day and Facebook is clearly the undisputed king of all things ‘social’ today. Even as more and more people join the platform and connect with friends, colleagues etc, it is essential to get acquainted with a few interesting tips and tricks that could